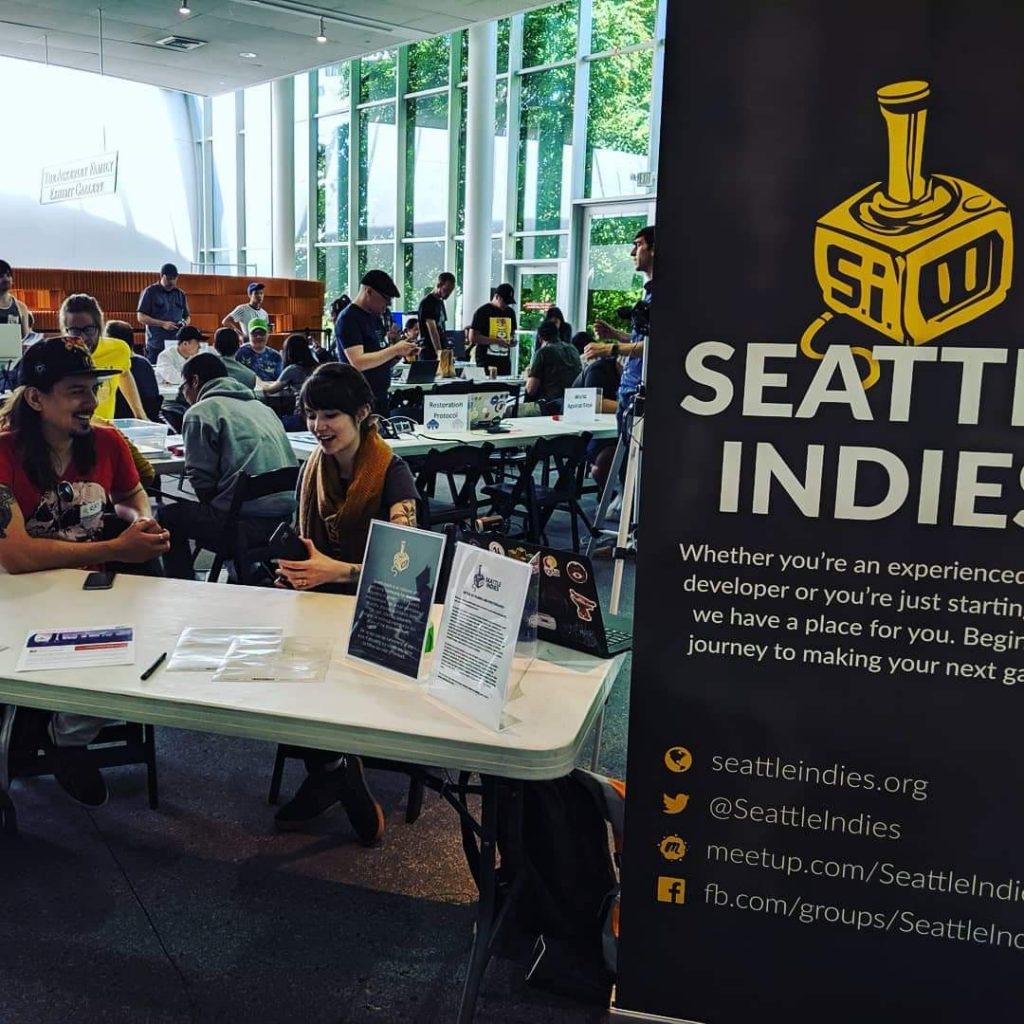 Four times a year, Seattle Indies hosts a space for game developers to present their games, usually after a game jam or hackathon. This Show and Tell was hosted at Pacific Science Center one week after a weekend game jam, entitled Games for Our Future, themed around solutions to climate change issues with advisement from UW researchers.

Over 40 game developers showed over 30 games from noon to 6pm on Saturday, May 18th in the Ackerley Family Gallery. Pacific Science Center guests, perhaps having just left the Tinker Tank building exhibition, could ask game developers about how they built their games. Mark Chen, one of the UW Researchers, wrote in the Seattle Indies Discord: “Massive thanks to the organizers for the show and tell at PacSci yesterday, and for making it a welcome environment for my students to hang out in as well!” 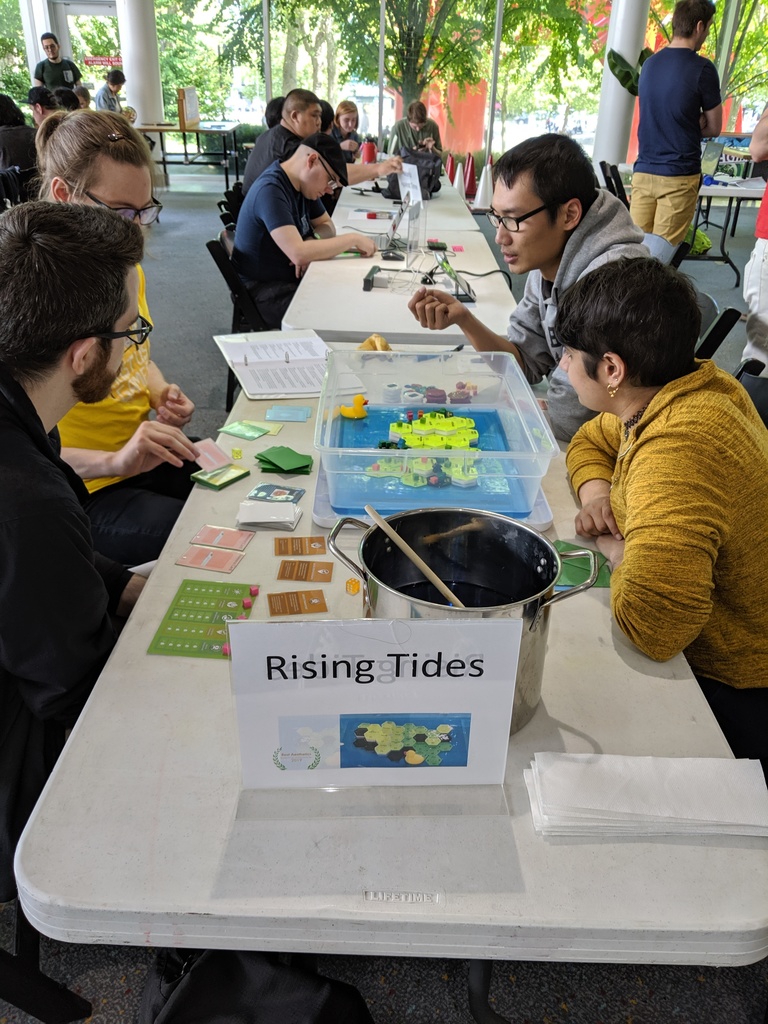 One game that might have most captured the interest of families was Rising Tides, a non-digital board game developed over the weekend by Just Us Games Studio. We recorded a 52-minute video playthrough of the game, which you can watch on our YouTube channel, along with a Medium article written by Sonia Kandah that explains their process.

Here’s a full list of the games presented, with links where available:

Our next Seattle Indies Show and Tell is Seattle Indies Expo, one of our biggest events of the year! SIX will take place Sunday, September 1st – on the Sunday of PAX weekend – at the Motif Hotel in downtown Seattle. Registration is open until June 8th! You can also reach out to via email at six@seattleindies.org for more specific information. 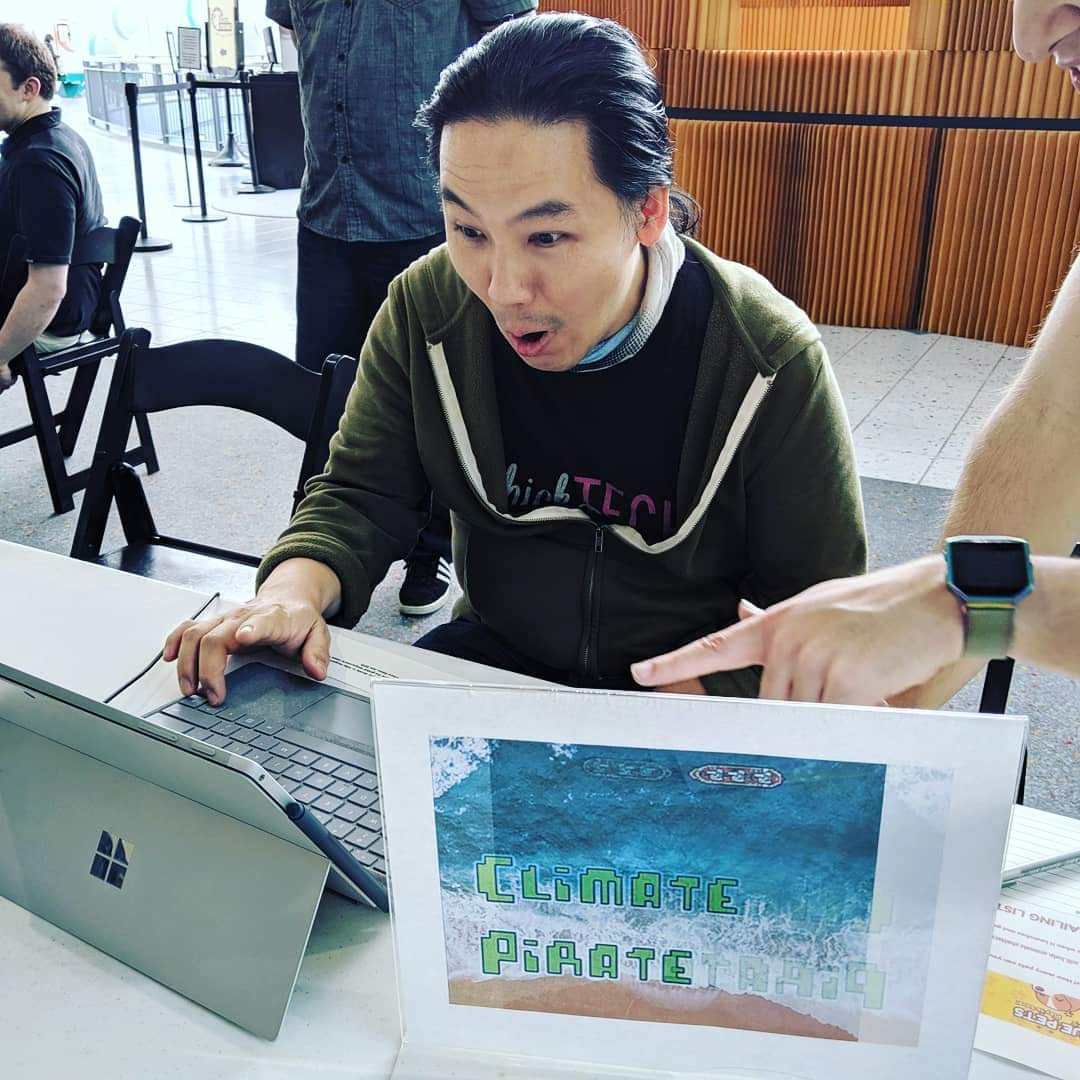