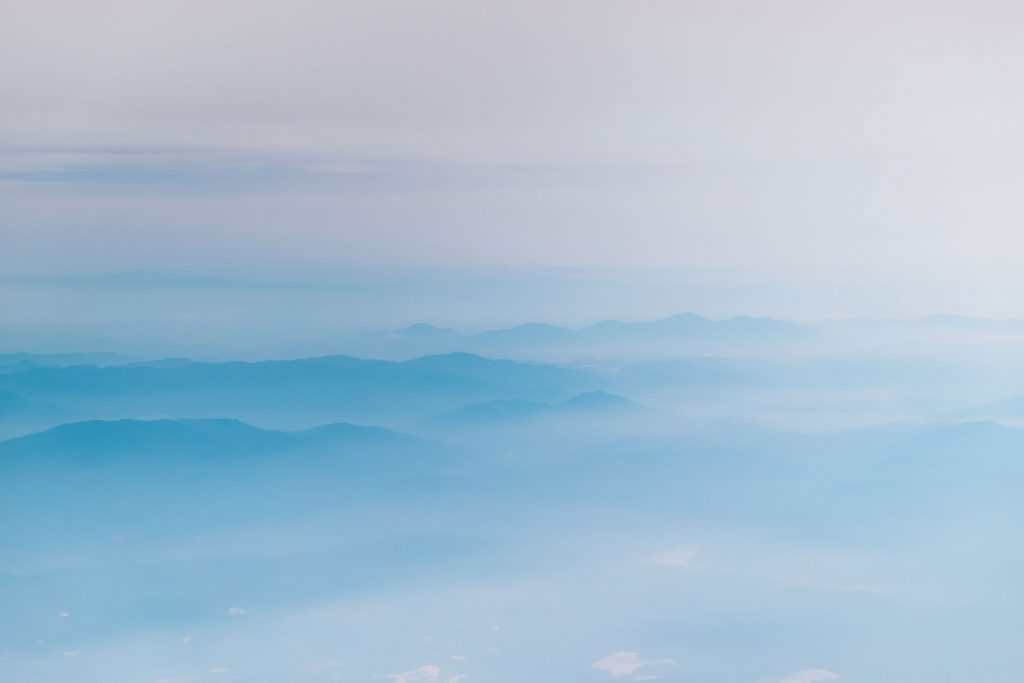 For this month’s Game Club we played a selection of smaller games all chosen by our host, Eric Carter, to fit a theme of tranquility. The games were played were Floating Point, Viridi, Refunct, and Leaving Lyndow. Did these games provide the sense of calm and relaxation we were looking for or leave us more on edge and looking for another way to escape this often fast paced life?

The first game we got into the swing of was Floating Point, a minimalist grappling based physics platformer by the developer of GunPoint. It’s one of those games you often hear about with simple mechanics that are difficult to master. The goal of the game is to get your character (represented by a tiny dot) swinging from floating platform to platform as fast as you can with your grappling hook, without bumping the platforms themselves. There are vertical gates to pass through on the platforms that get longer or shorter depending on your velocity, and your score increases the faster you can pass through the gates. The bottom half of the screen is essentially underwater, where everything moves slower and the player character is buoyant. 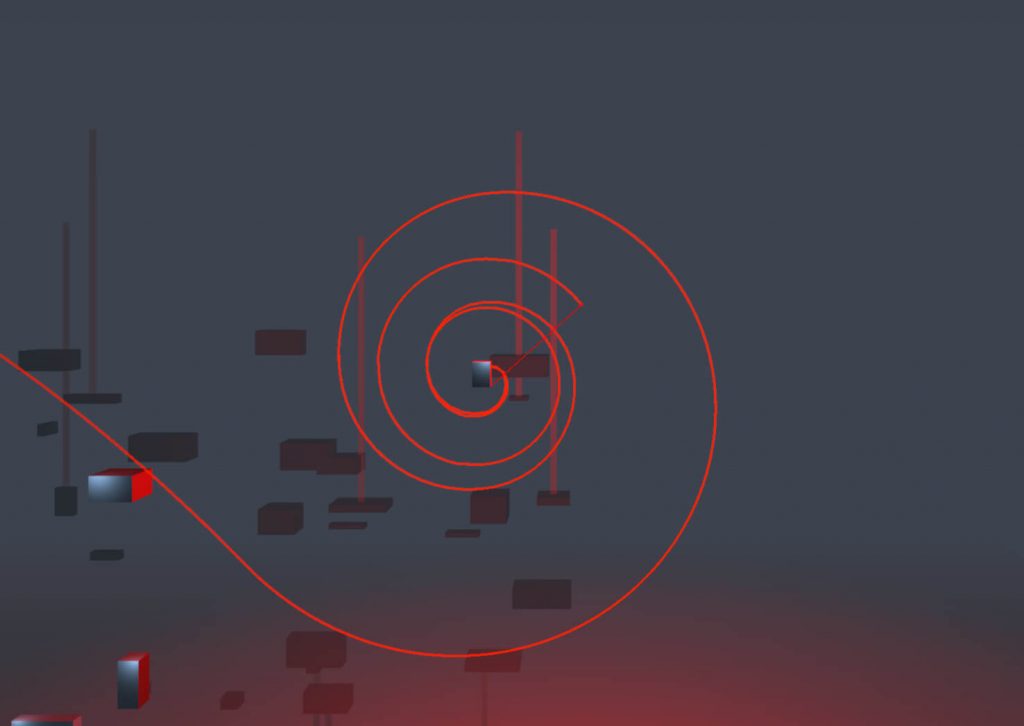 The group was split on how effective this game was at achieving the goal of tranquility. It’s very calming once you get into a good groove, and since there is no mortal danger to the player you can get a good run going without fear of death breaking that, but the feedback when you do hit a platform can be so jarring to players that it can cause undue anxiety. There is no end state to the game, and most of the variables are customizable on the start screen, so you can configure the game to play forever or play one level and pretty much get the idea of the game from that. It is a game that was made in three weeks so it’s not exactly overflowing with content, but it is free on Steam and is a nice way to take your mind off of things if you need a break from a stressful day.

The next game we got into was Viridi, a plant growing sim from Seattle developers Ice Water Games. Viridi is all about patience and time as you pot, grow and tend to plants in real time. The game is deliberately slow and zen-like, so in that regard it fits the theme of tranquility. In stark contrast to that sense of calm is the fact that the game leads you almost directly into its monetization system since it is a free-to-play game. You can’t fault the devs for wanting to make money on their game, but it takes you out of the zen state and throws the real world issue of money at you right away. 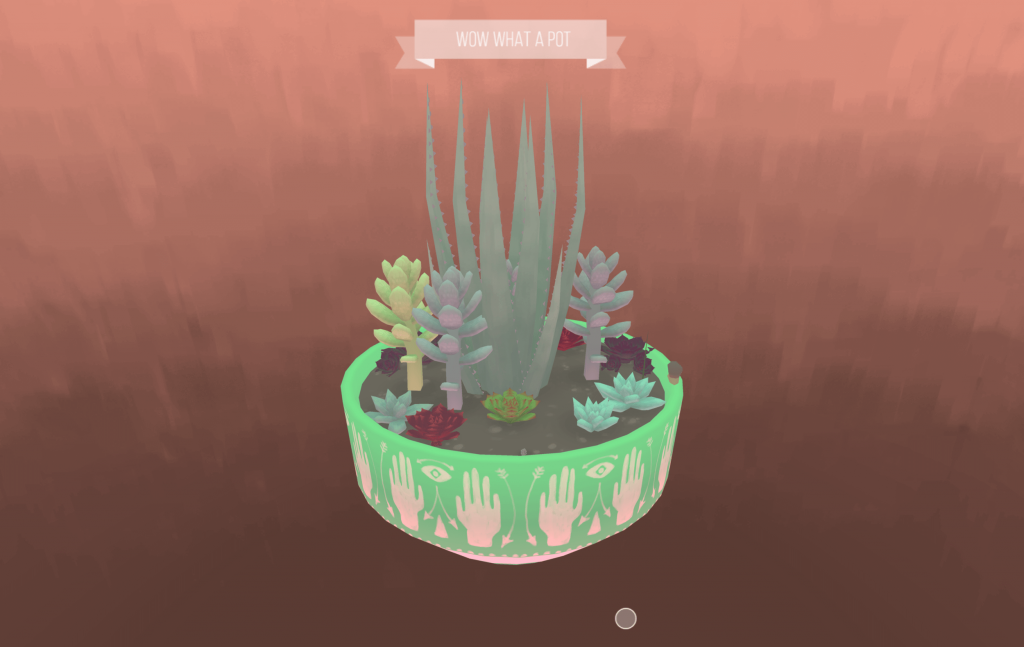 While the game does achieve a sense of tranquility we also didn’t feel like there was enough to do in the game itself to keep us coming back. The interactions with your plants are very minimal and take 5-10 minutes at most per turn, picking weeds, watering and moving them to your unseen garden. Playing this game actually inspired Eric to go out and buy a pot and plants IRL, and he is finding that far more enjoyable and rewarding. If you are an allergy sufferer or don’t have time or space for real life plants then this might be a great option for you to have that experience. We thought the artwork on the pots themselves could have been better since they are the main focus of the game, and the music starts out like calming spa music but can get grating if you leave it running for a while. We all played the Steam version of Viridi but there are mobile versions available and we did feel like it might make a better mobile game than a sit down and play desktop experience.

The next game we tried, Refunct, was a beautiful first person puzzle platformer where the goal is to change the tops of the platforms from their starting concrete color to a brighter, more lively color by stepping on them. This sounds simple enough, but the platforms are at different heights and distances from each other and require different skills that the player learns as they progress through the puzzle. The game consists of one large leve platforms that emerge as the player progresses. There are collectibles spread throughout the level that really only serve to unlock achievements, but they also challenge the player to use advanced skills to reach most of them. 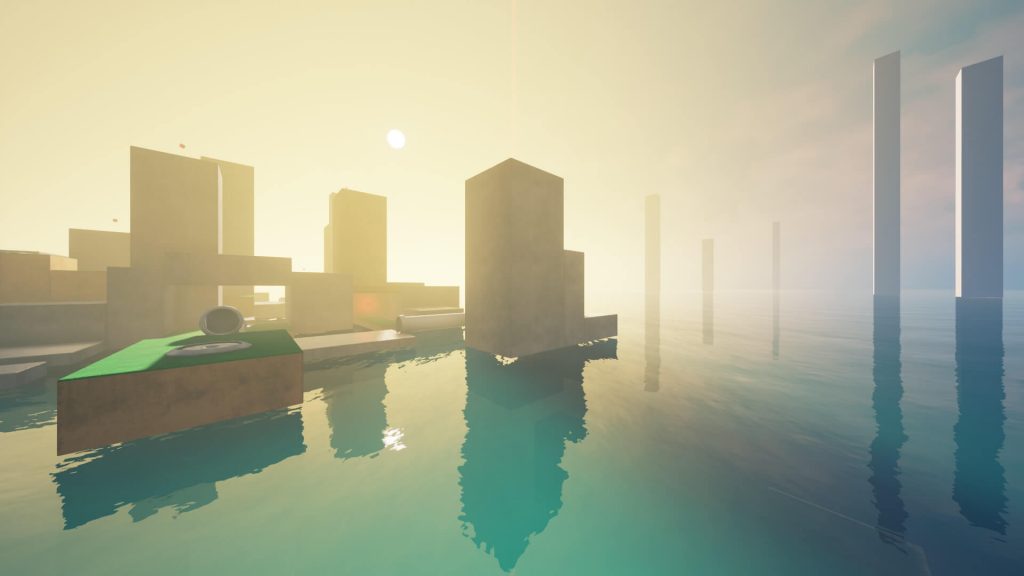 Like in Floating Point, there is no mortal danger to the player so you are free to try any crazy stunt to reach your next goal without fear of death. We enjoyed the puzzles that the game presents but lamented the fact that there is no real story or progression to the game. Given that it is $2.99 and meant to be a quick play-through, however, we weren’t too put off by it. The game has great sound design to the point where if you mute the sound, the game becomes considerably less interesting so we certainly recommend playing with the game’s sound fully audible. We felt it fit the theme of tranquility with both the beautiful visual design and the way the player brings life to a dead concrete world by adding color. It is definitely possible to get into a very zen-like state as you progress through the level. We also discovered that a speed running community exists for Refunct, but didn’t feel like that was a very tranquil experience.

Lastly, and most visually appealing, was Leaving Lyndow, developed by another local developer Eastshade Studios. This is a first-person narrative driven game, in the vein of Dear Esther, that tells the story of a young girl on her last day in her hometown before she heads off on a grand adventure to start her new career. We felt that the game really captured the sense of leaving a place you’ve spent your whole life living in – most of us had experienced that in our lifetimes, and could relate to the events portrayed and the emotions they were trying to elicit. 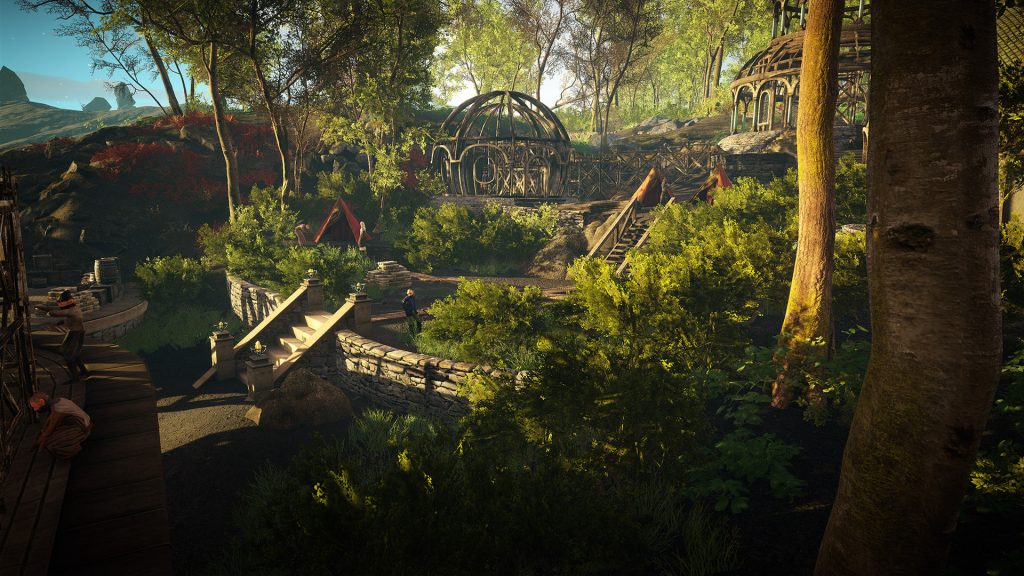 We found the game world visuals to be very reminiscent of Morrowind (in a good way) and thought that the island itself really felt like a coherent space and world. We found the character art to be the least appealing part of the game, with some of them being downright creepy to look at, but it wasn’t enough to keep us from enjoying the game as a whole. It is hard to say too much about the game itself without spoiling the experience – it’s another short game (meant to be finished in one play session) and we definitely recommend trying it. Leaving Lyndow fits the theme of tranquility with its beautiful setting, fairly slow-paced game play, lack of mortal danger to the player, and bits of story to uncover through exploration.

Join us next month on Wednesday, May 17th when we play and discuss the critically acclaimed Inside from Playdead, developers of indie mega hit Limbo.