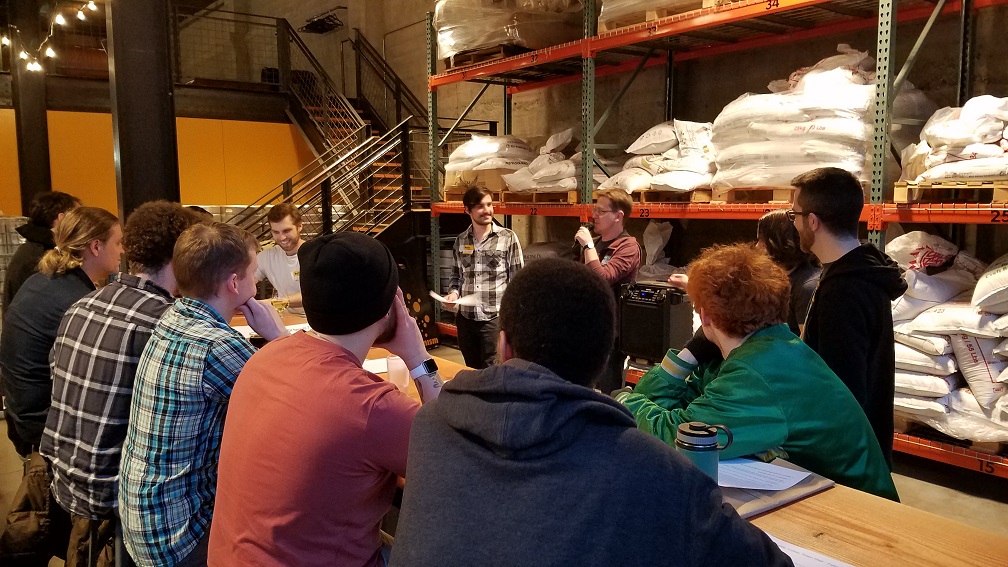 “Our focus is transparency and accountability,” was how Seattle Indies board member Thomas O’Connor summarized the Seattle Indies’s Town Hall, hosted at Capitol Hill’s Optimism earlier this week. During the hour-long talk, O’Connor, along with fellow board members Alex Schearer, Tim Cullings, and recently-appointed Ty Taylor discussed everything from logistics to finances with an open forum of about two dozen Seattle Indies’s community members and interested visitors before the February Social.

Here were some highlights:

Next, some of the many Seattle Indies volunteers introduced themselves and their roles: 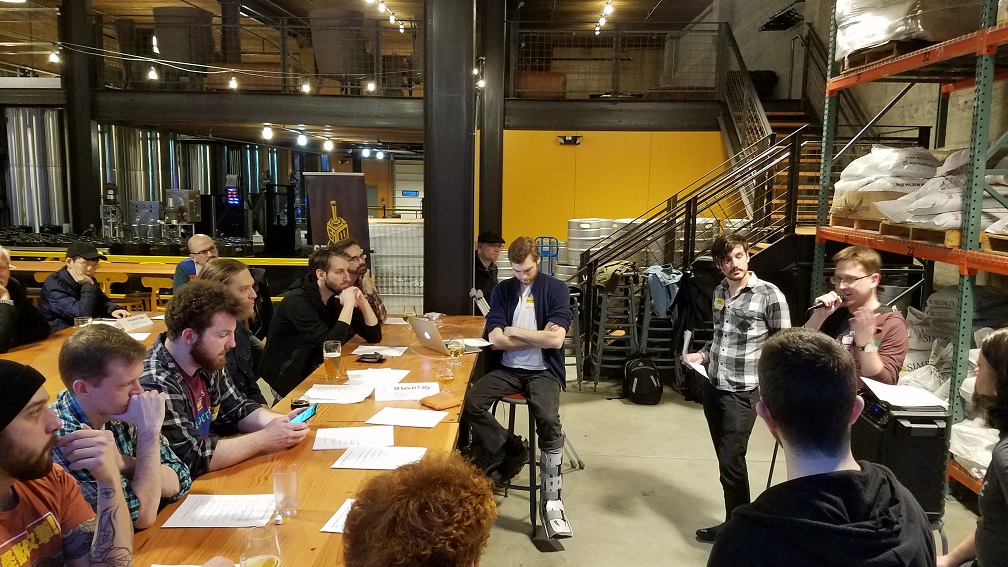 The board members encouraged anyone to get involved. They explained that if anyone in the audience or community have ideas or suggestions for new meet-ups, events, or anything else, to either talk to any of the board members or email contact@seattleindies.org.

After discussing housekeeping items, the board members passed around the microphone to any audience members with questions or concerns, with a page of printed questions as prompters. Çakır commented that he was inspired to volunteer more after attending the previous Town Hall and said: “The Town Hall gives that kind of perspective, like: “This is how it’s run!”” There were also questions about how Seattle Indies as a nonprofit 501(c)3 organization uses its Patreon budget, especially alongside larger budgets from sponsoring organizations, and how to encourage patron growth with brainstorming ideas like a yearly Patreon-exclusive shirt or discounts to certain events like the Holiday Party.

One of the final questions asked from the audience was about whether the change to a non-profit organization helped out Seattle Indies. Cullings responded that the change significantly helped the financial growth of Seattle Indies, and said: “The organization has grown, and the need for volunteers has grown.” Since the audience was particularly curious in the finances, treasurer O’Connor joked that next time he will bring in pie charts, but at least with Seattle Indies’s long-standing commitment to bringing in snacks, there will be at least something for Seattle Indies community members to munch on later on this year at the next Town Hall, if not pie charts.